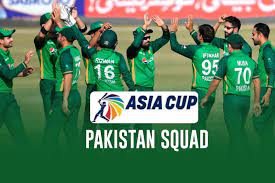 The Pakistan cricket board announced a full-strength Pakistan team for the Asia Cup 2022 which is going to be held in the UAE. The Asia cup last time as well was born in the UAE. The bigger updates from the announced squad are that Babar Azam will lead the men in green and Shaheen Shah Afridi is back in action. Naseem Shah, the 16-year-old boy who made his debut in 2019 will also be playing in place of Hasan Ali. Pakistan also announced a subsidiary squad for the tour of the Netherlands. This tour happens to have some sense of relevance as the ODI games in this tour are a part of the Super League. Pakistan will be keen on grabbing 100% points from these series.

This team also has only a few changes and most of the senior players will be keen to fine-tune their skills before the all-important Asia Cup 2022 begins.