The ODI series will be a part of the ICC One-Day Super League and could get underway from August 18. Zimbabwe will be eager to put their best foot forward in the series as it will help them accumulate crucial points for the ODI World Cup qualification which will take place next year. India, however, could use the series to learn better about their best playing XI as they have already qualified for the World Cup next year. However, their ODI series against England and the West Indies in August, will not be a part of the ICC One-Day Super League. The India tour of Zimbabwe 2022 will be for the first-time in six years. They had last visited the nation in 2016 under the captaincy of MS Dhoni to play three ODIs and as many T20Is. 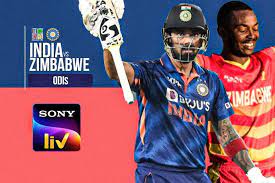 Shikhar Dhawan, who was earlier named the captain for the tour before Rahul was deemed fit to play, is one of the openers alongside Ruturaj Gaikwad and Shubman Gill. Rahul Tripathi has been given his maiden ODI call-up. Zimbabwe, on the other hand, have named a 17-member squad, which will be led by Regis Chakabva. Chakabva recently led the team to a 2-1 ODI series win against Bangladesh. He stepped in as the captain after an injury to Craig Ervine, who still continues to nurse a hamstring injury.

India vs Zimbabwe 1st ODI Live Telecast Channel name in Indians fans must note that they will be able to watch this tour in English commentary on Sony SIX. Fans,